There is, of course, a down side to the current bout of what I hear is called 'summer'. On the Exe at Topsham Recreation Ground gull numbers are highest during afternoon and evening low tides when they drop in to bathe, preen and rest. Right now this means looking west with bright sun behind the birds - deep shadows and blown out whites and generally pretty frustrating. Although I don't think I'm missing out on much, I can only assume that the really good birds - like a nice juv Caspian Gull? - are waiting for the bright overcast days when their photos will look much nicer. 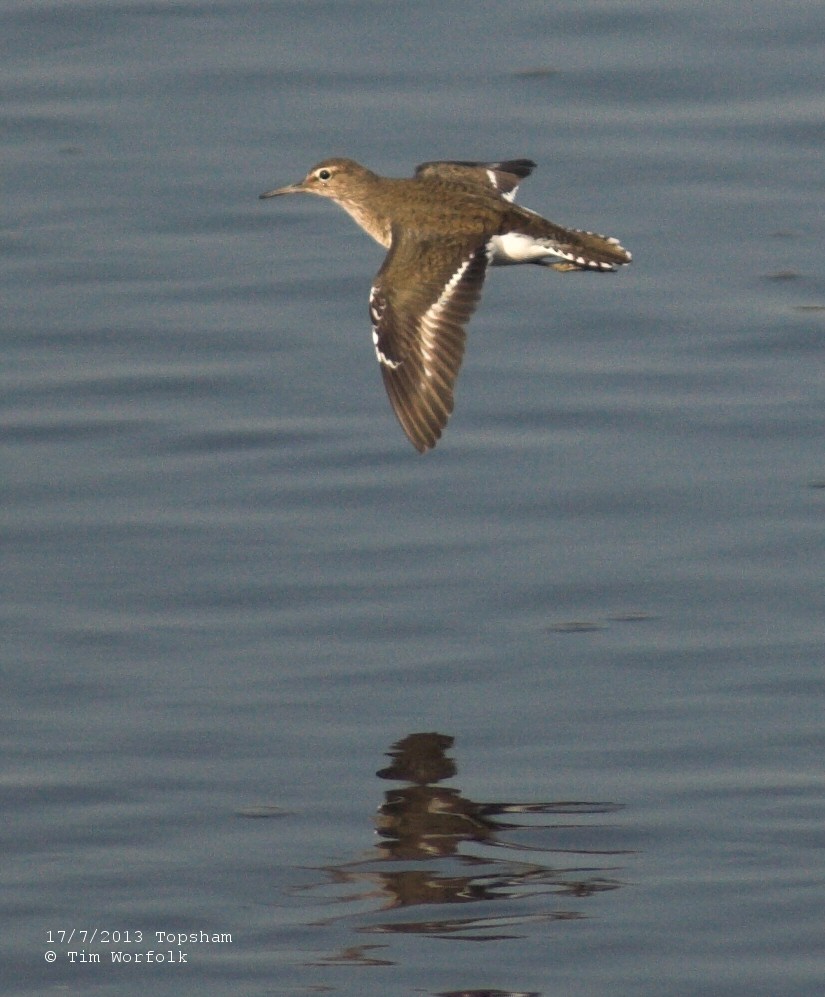 Wader passage is slight, a single Green Sandpiper, a few Curlews and a handful of Common Sandpipers (one of 15 on the 17th shown above). More of interest to me right now are the juvenile gulls. The first to arrive were the Black-headed Gulls, showing a few variations on the basic pattern - dark scapulars with neat pale fringes, and a dusky head with a dark 'shawl' - most are fairly brown on the mantle but a few are almost black. The second bird appears to have already moulted a few smaller scapulars and median and lesser coverts. 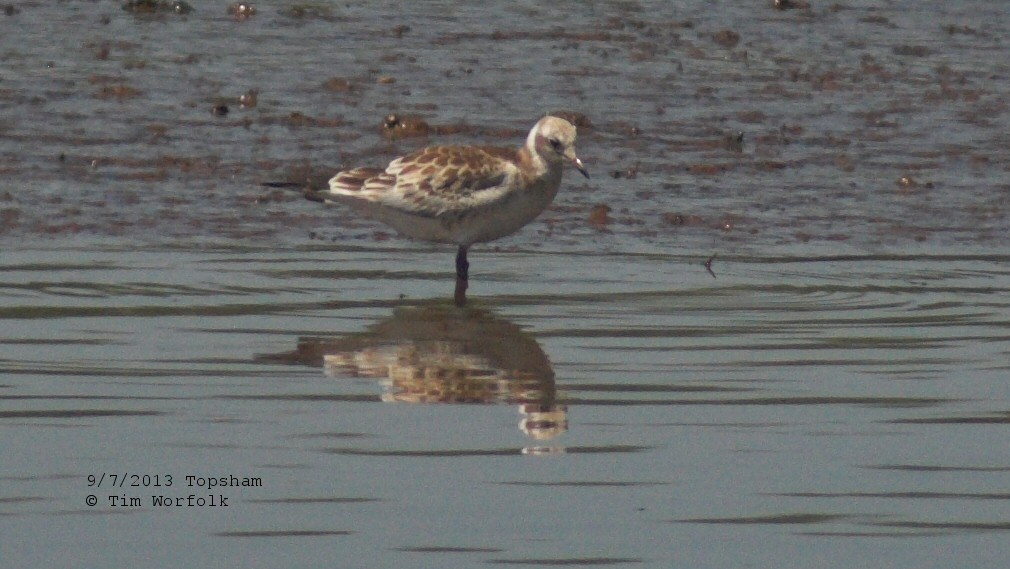 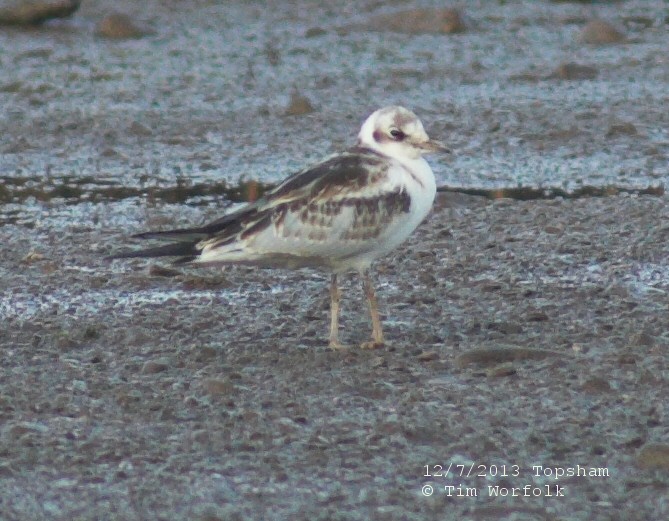 Then the first of this year's Herring Gulls showed up, barely out of the nest and still growing their outer primaries. Mostly pretty straightforward with their sandy brown tones, well notched tertials and pale inner primaries. 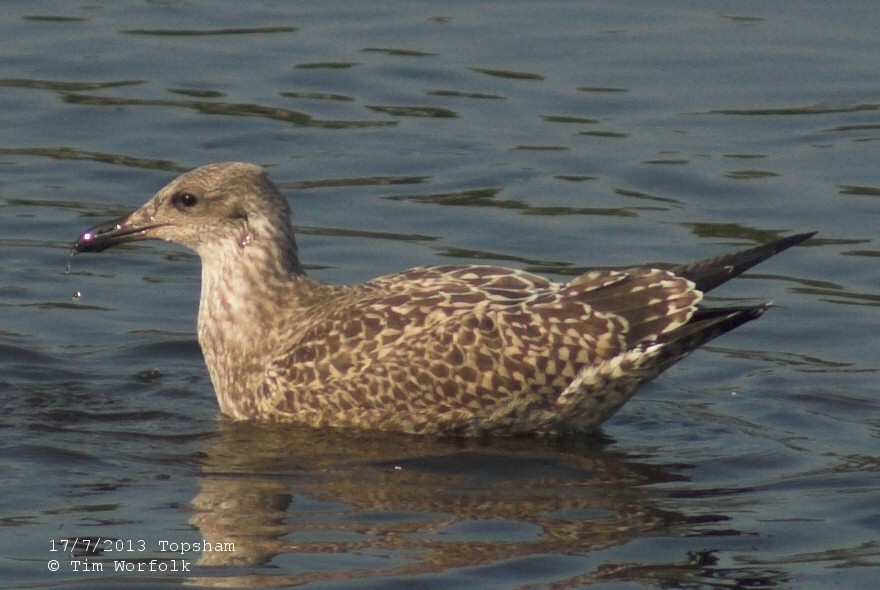 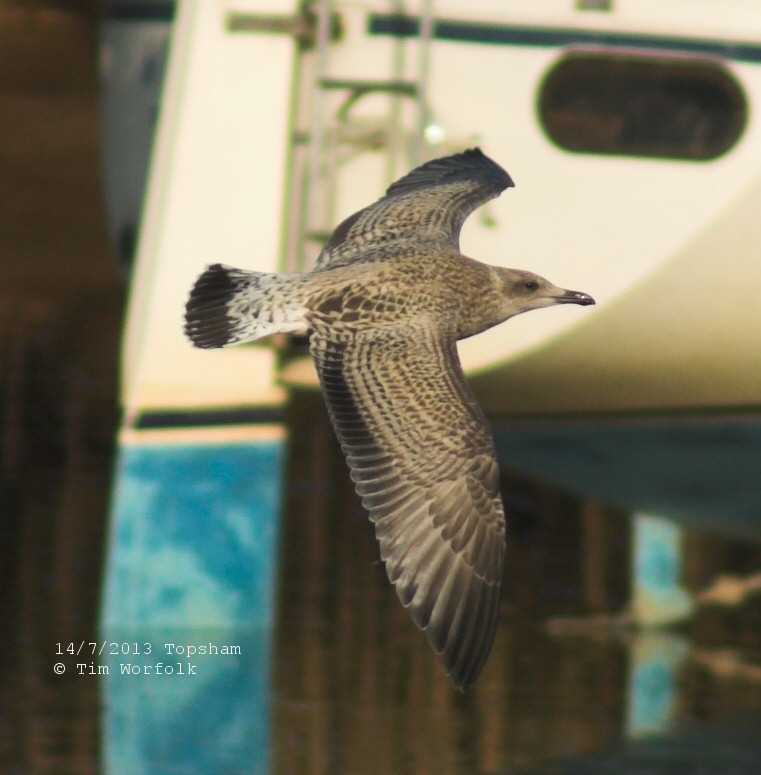 And a few Lesser Black-backed for comparison. Generally darker and often much less brown than Herring (though the light can alter that dramatically). Classic thin tertial fringes and more solidly darker outer greater coverts easy to see on the first two, and the dark inner primaries is the clincher. 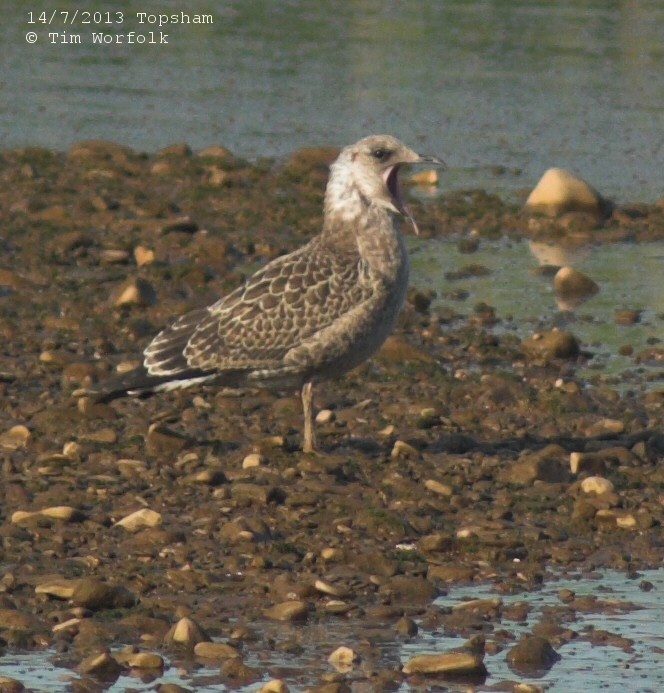 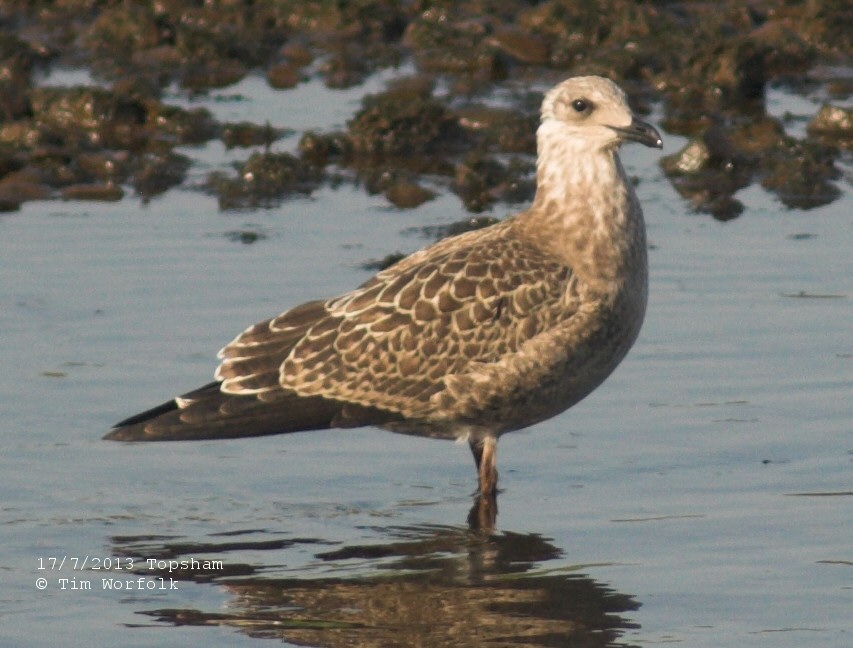 And maybe it's cheating but here's an ID feature not mentioned in the books - these youngsters are still at least partly dependent on their parents for dinner. Easy now, aren't they? 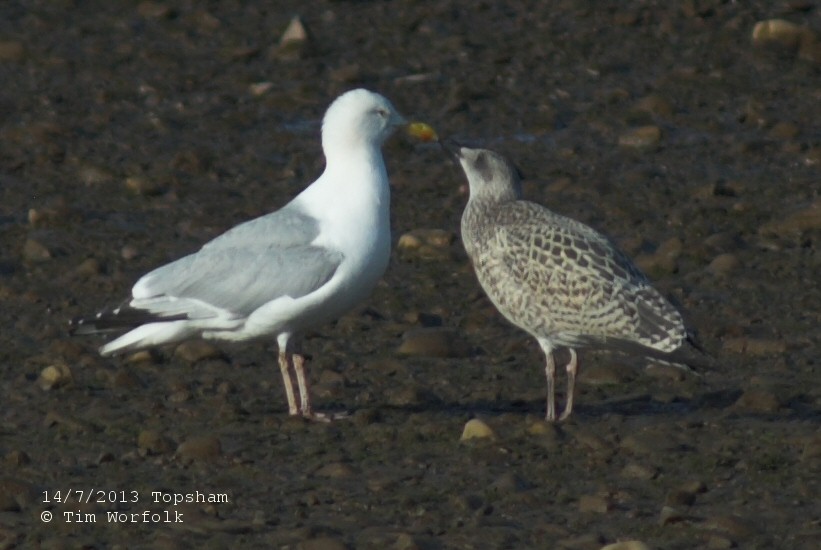 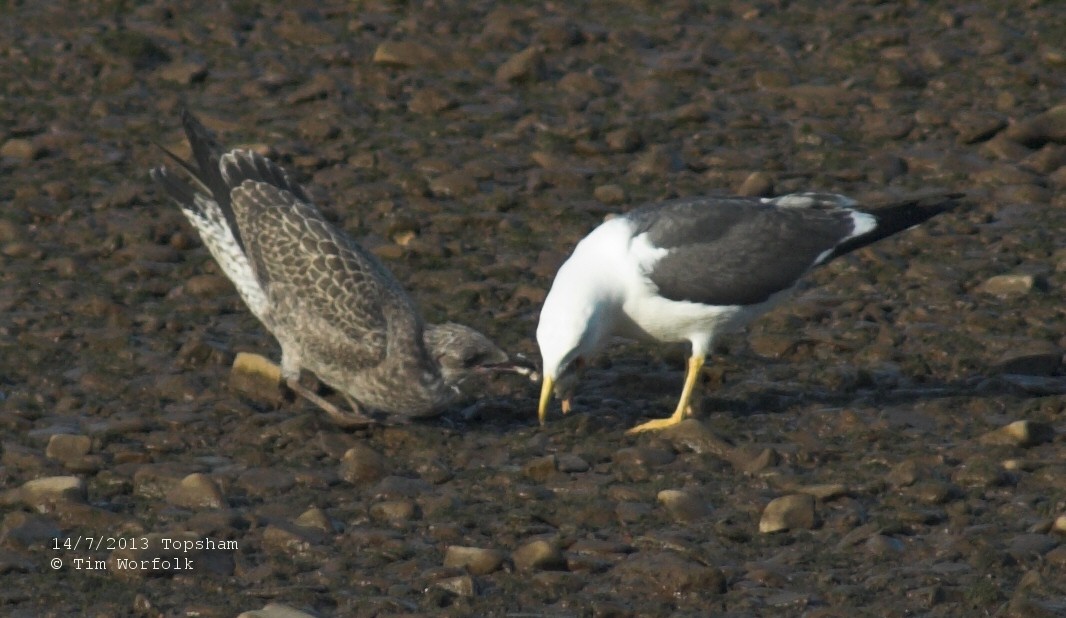 Surprising as it may seem, there are birds other than gulls, here's an egret with yellow legs. Could this really be mistaken for a Cattle Egret? 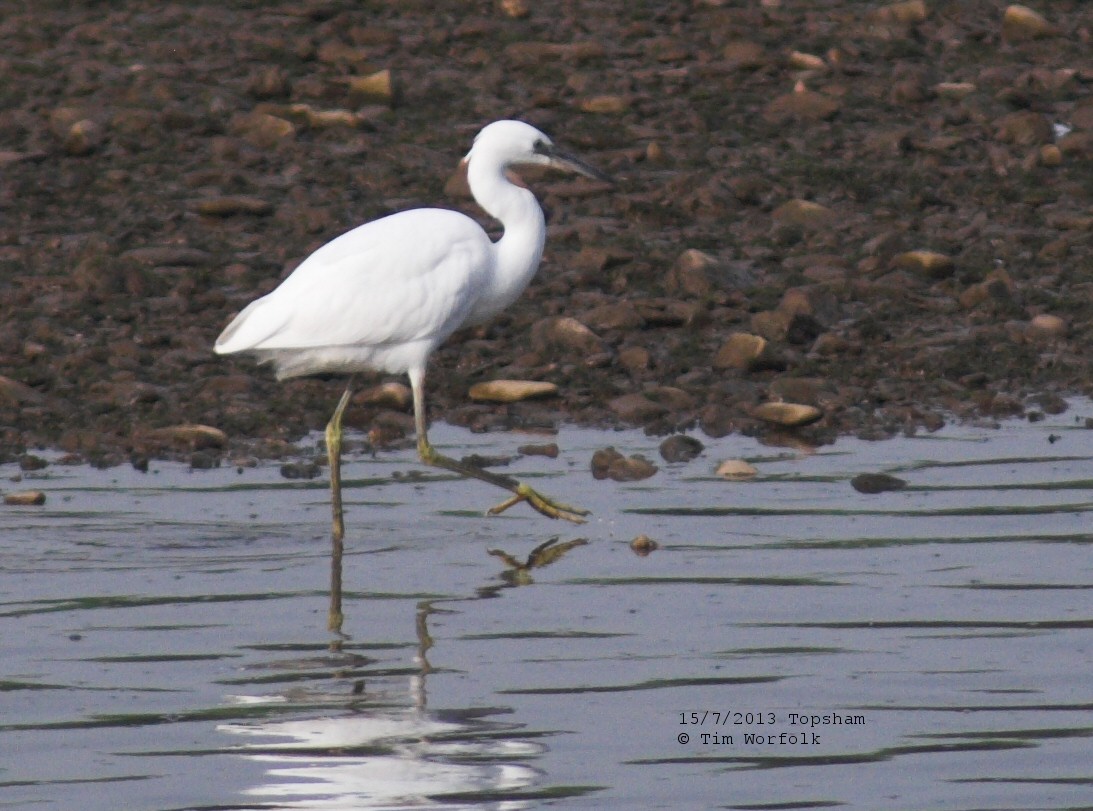 Meanwhile, I'm still waiting for one of these... 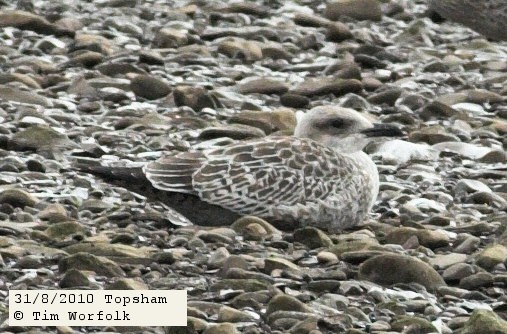