Yesterdays views and photographs of the Bonaparte's Gull were somewhat less than satisfactory. I popped down again for next morning's low tide on the off chance it was still around. I wonder if there's a rule with rare birds - be difficult to pin down/confirm at first, but then to give up as if saying 'OK, you got me - anybody else want a look?' A similar thing happened here with the Spotted Sandpiper a couple of years ago. So I wasn't too surprised when the Bonaparte's appeared and showed off when some bread was offered - courtesy of Martin Elcoate, who's even more local than me, he now has it on his garden list. 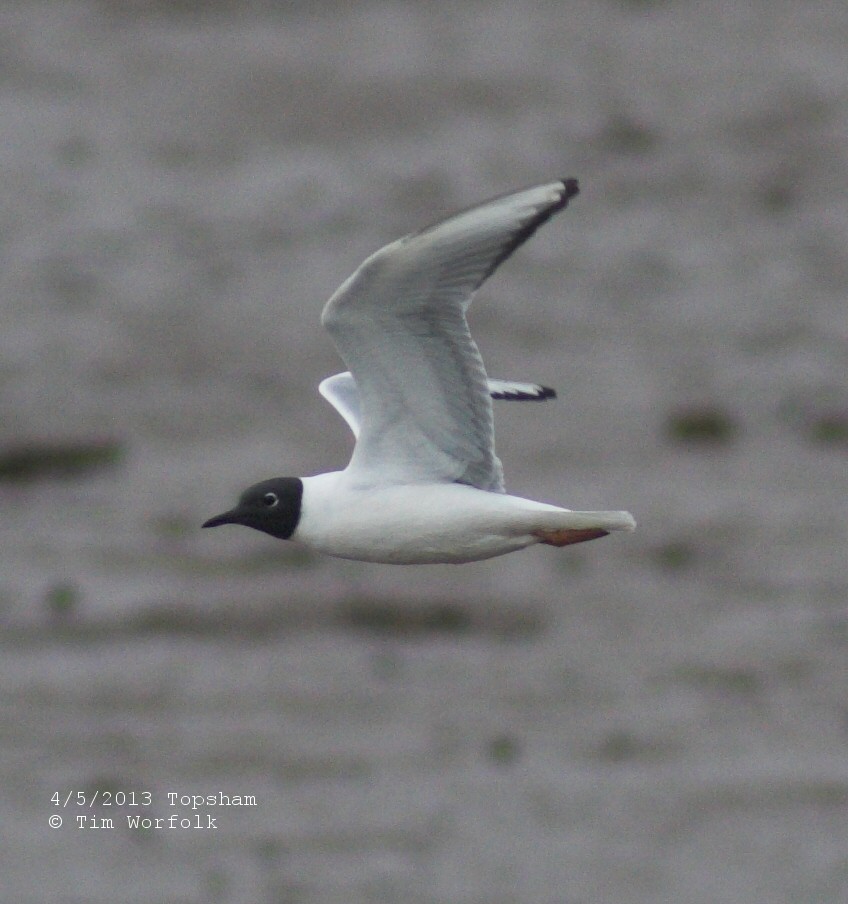 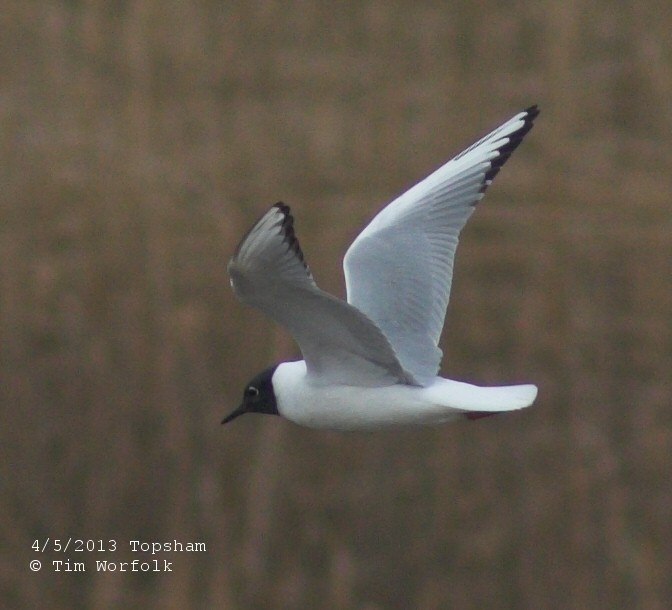 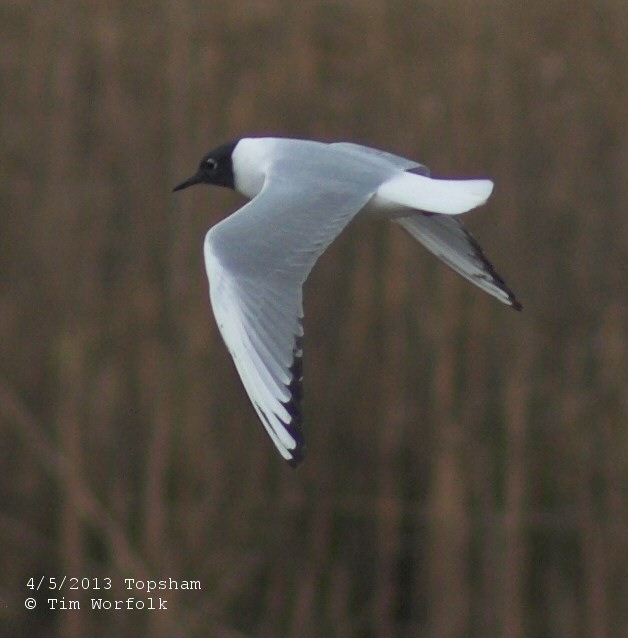 It was now fairly easy to pick out from the other small gulls in flight, it was just about the only bird in adult type plumage. Still, it wasn't easy to track with the camera and the light wasn't too bright. 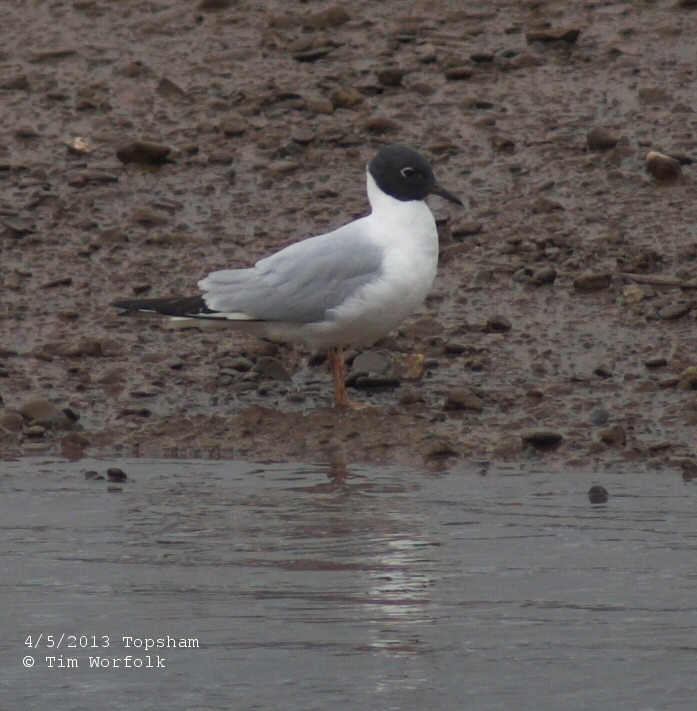 The size difference compared to Black-headed was not great but usually obvious. The black hood was also more extensive - covering more of the neck. The grey of the mantle also looks a shade darker next to the Black-head.
Posted by Tim Worfolk at 07:01