It seemed a good idea at the time - an early morning walk - before the crowds - on Exmouth Beach to photograph some terns. But the birds (mostly Common Terns, with a few Little, at least one Arctic and at least a half dozen Roseate Terns) were not really co-operating. They were all feeding in the shallow water over Pole Sand at the mouth of the Exe. As they were not getting any closer than a quarter of a mile off my Tern photography was not entirely successful.

This (much cropped) photo clearly falls into the category of 'record shot' - two Commons and one of the Roseates with Dawlish Warren in the background. The Roseate even looks a bit pinkish at this distance, they must have been gorgeous close up. 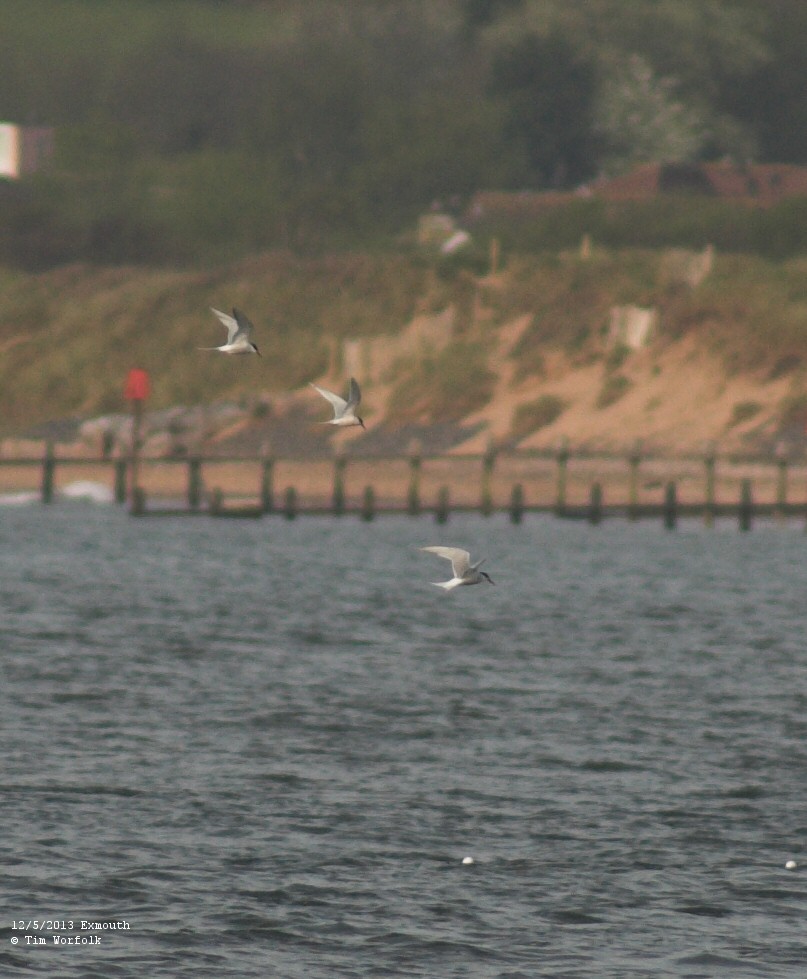 Some compensation was present however, with this confiding Sanderling on the beach. A lot of breeding/summer type feathers among the grey and no sign of any retained juvenile coverts or remiges so presumably an adult on it's way to the High Arctic. 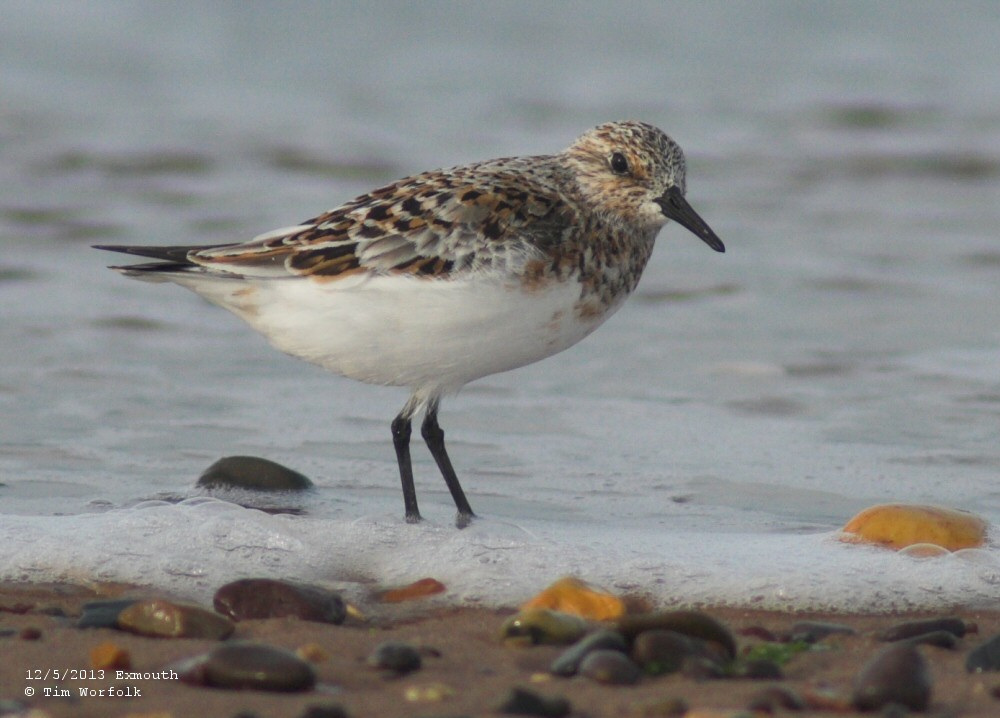 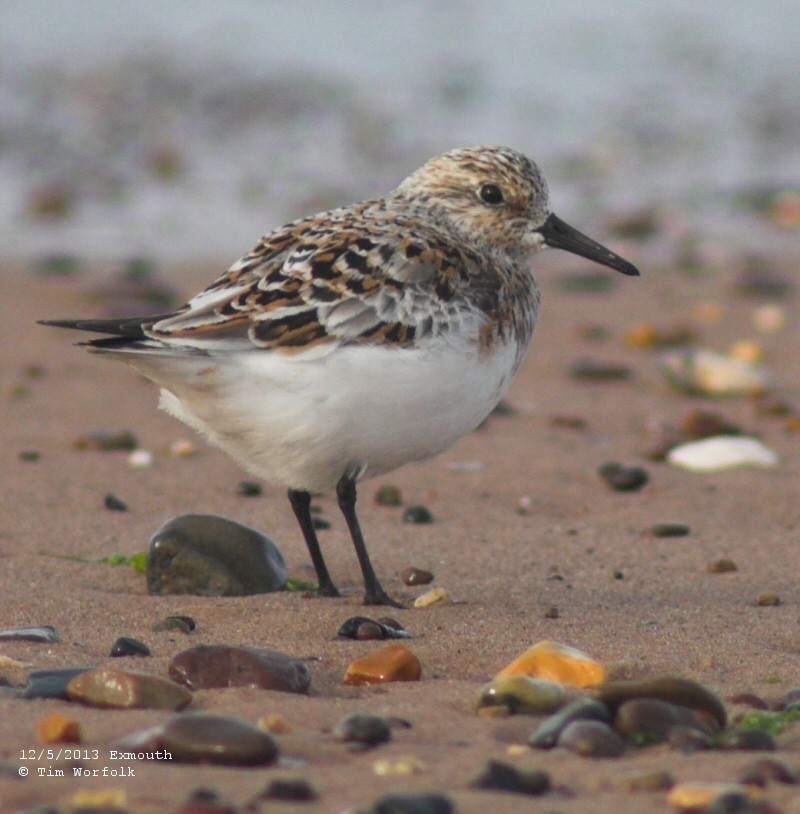