I spent a while yesterday standing in the garden sky-watching. It's a bit like sea-watching, but with even fewer birds and of course I can pop back inside every now and again for a coffee or even to do some work. I've added a few raptors to my garden list this way - if I can count birds that may be as much as a half a mile above the garden, but it's my garden and my list so I can. Buzzards and Sparrowhawks are regular of course, Peregrines and Hobbys are frequent and over the years I've also seen Osprey, Honey-Buzzard, Merlin and Short-eared Owl going overhead. I once even photographed a Goshawk by accident.  I was focusing on a Buzzard and only half saw a blurred shape in the background, even higher up. Checking the photo later I saw looming behind the Buzzard the bulky pale shape of an adult Goshawk, I could even make out the big white under tail coverts.

Yesterday's Red Kite was my fourth from the garden and on a typical date. It was drifting north at no great height and I should have been able to get some half decent shots. My camera had other ideas and for some reason it decided to change settings without telling me and so the first few photos, when the bird was closest, were blurred and underexposed. At least the last few shots were better, but by then it was disappearing up the valley. 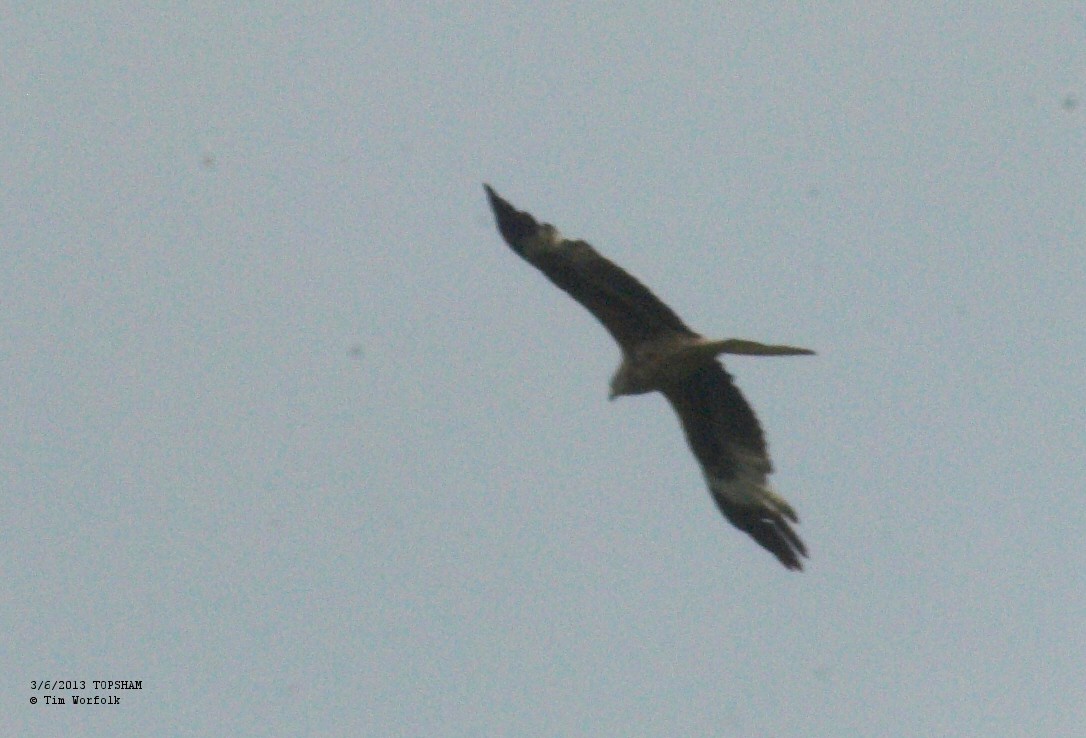 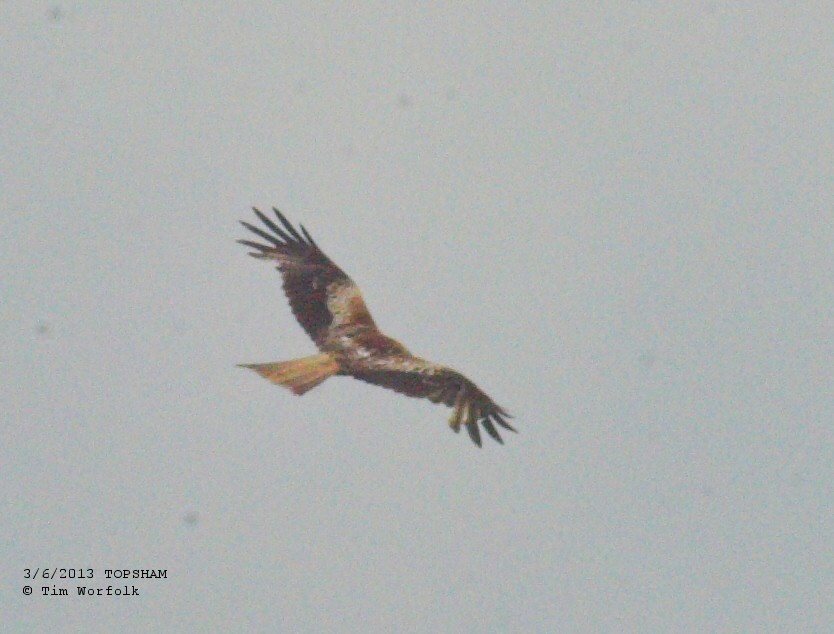 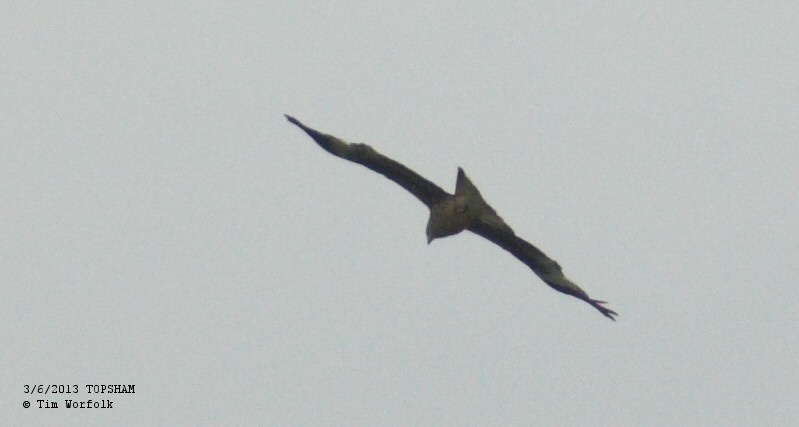 Looking at those spots on the pictures reminds me I need to clean my camera sensor.

One of my self-imposed tasks this summer is to fill in some gaps for the Devon Bird Atlas. Specifically I want to get breeding confirmation for some local breeders. Yesterday I checked off Coal Tit. Here's a just fledged youngster from my garden with buffy cheeks, tiny bib and big yellow 'feed me' gape flanges. 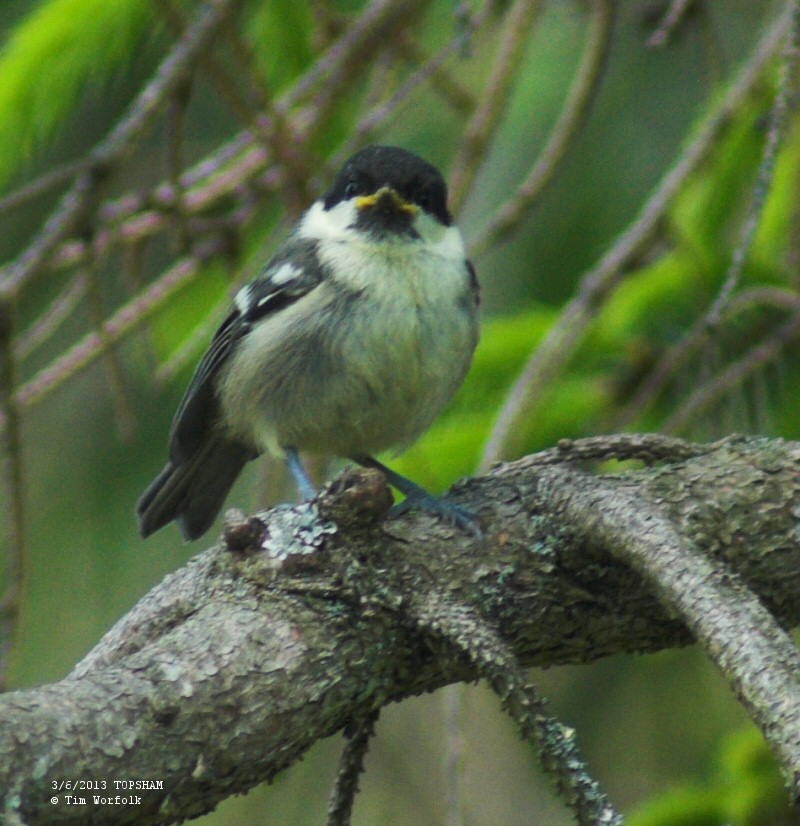 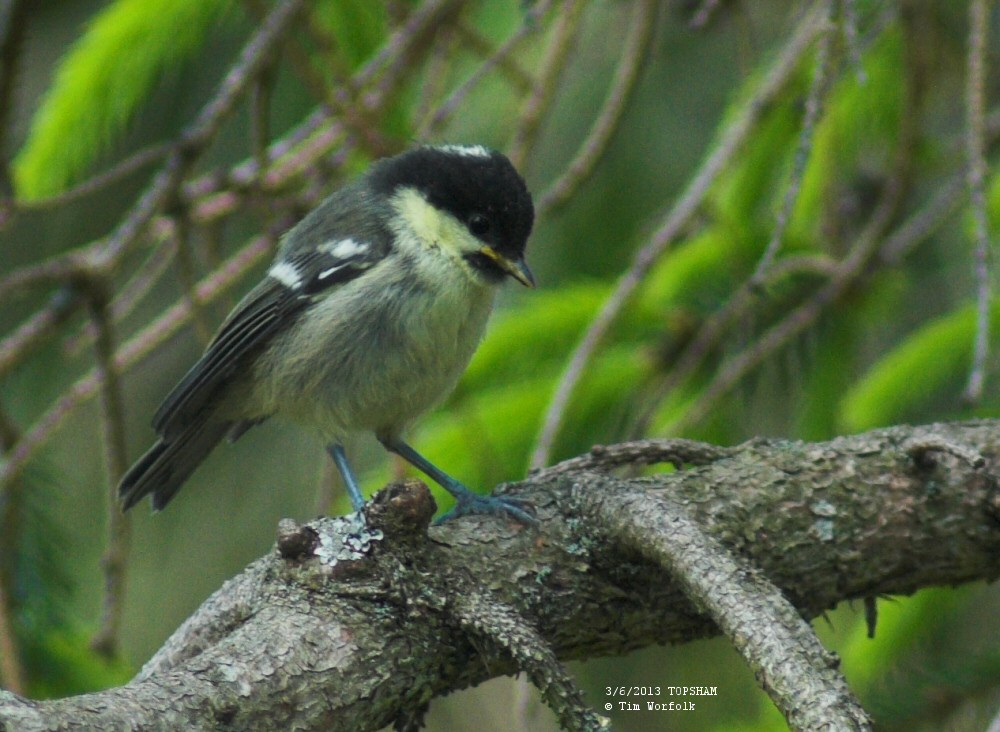