Bulwer's Petrel - the same the World over?

I don't do much seawatching anymore, a few good boat trips spoiled it for me. A couple of years ago I spent a few days on, or rather a few miles off, Madeira getting to grips with some of the Western Palearctic's rarer and more local species. As I had hoped, Bulwer's Petrel Bulweria bulwerii were numerous and often close. They weren't too easy to photograph, they moved fast and the boat rolled on the swell, but at least they kept coming past and, by blasting off hundreds of shots, I got a few half decent images. 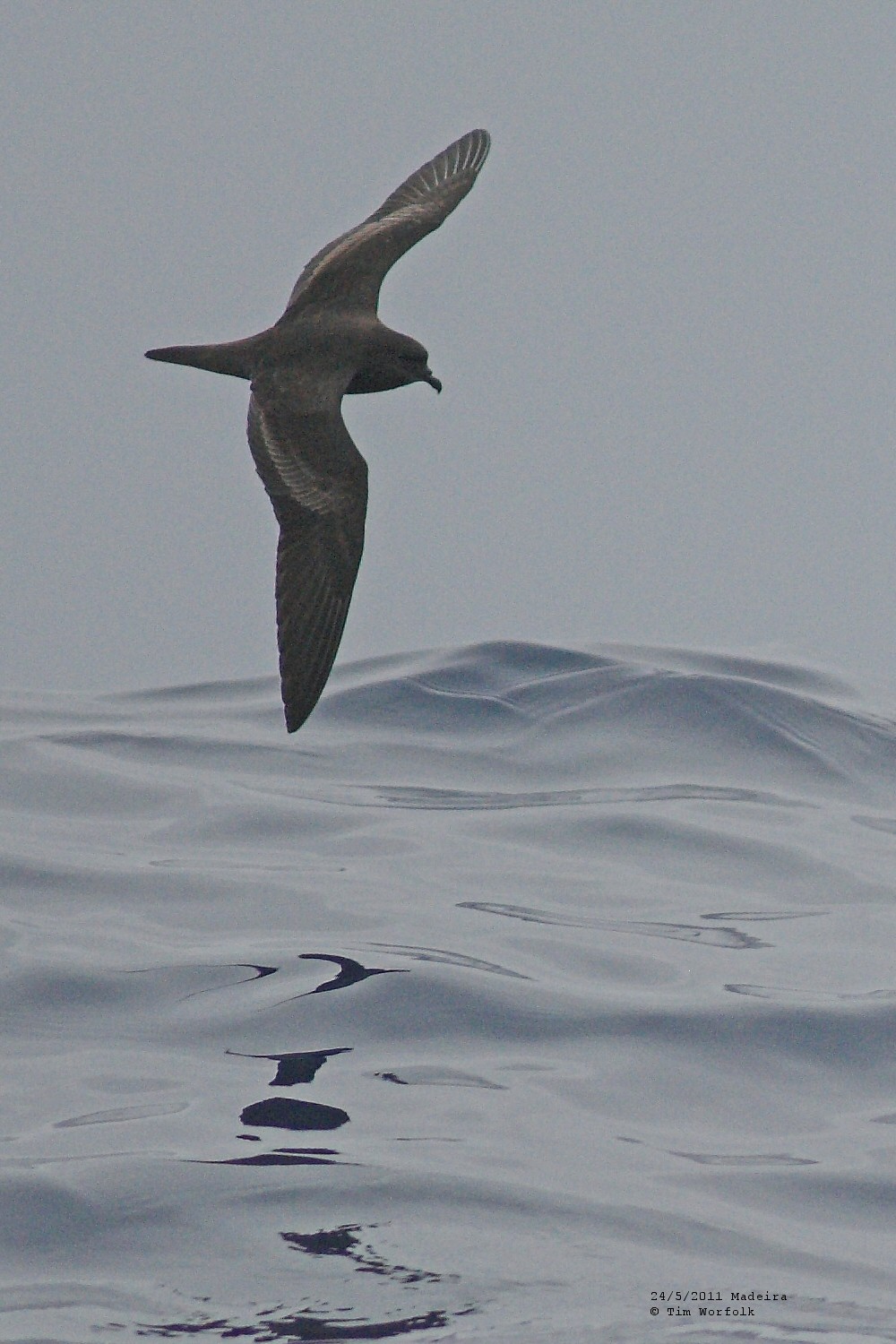 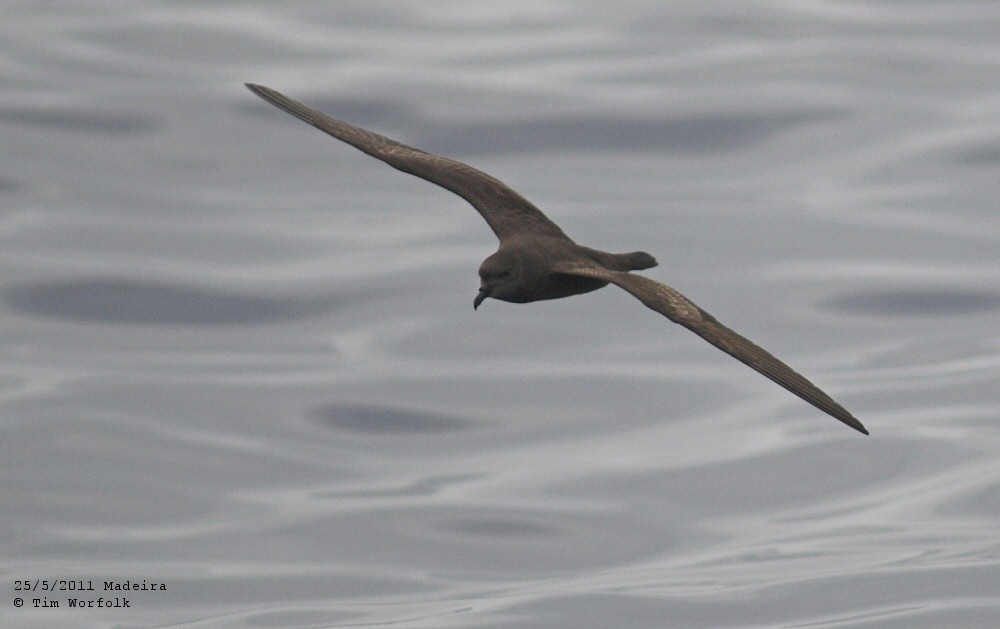 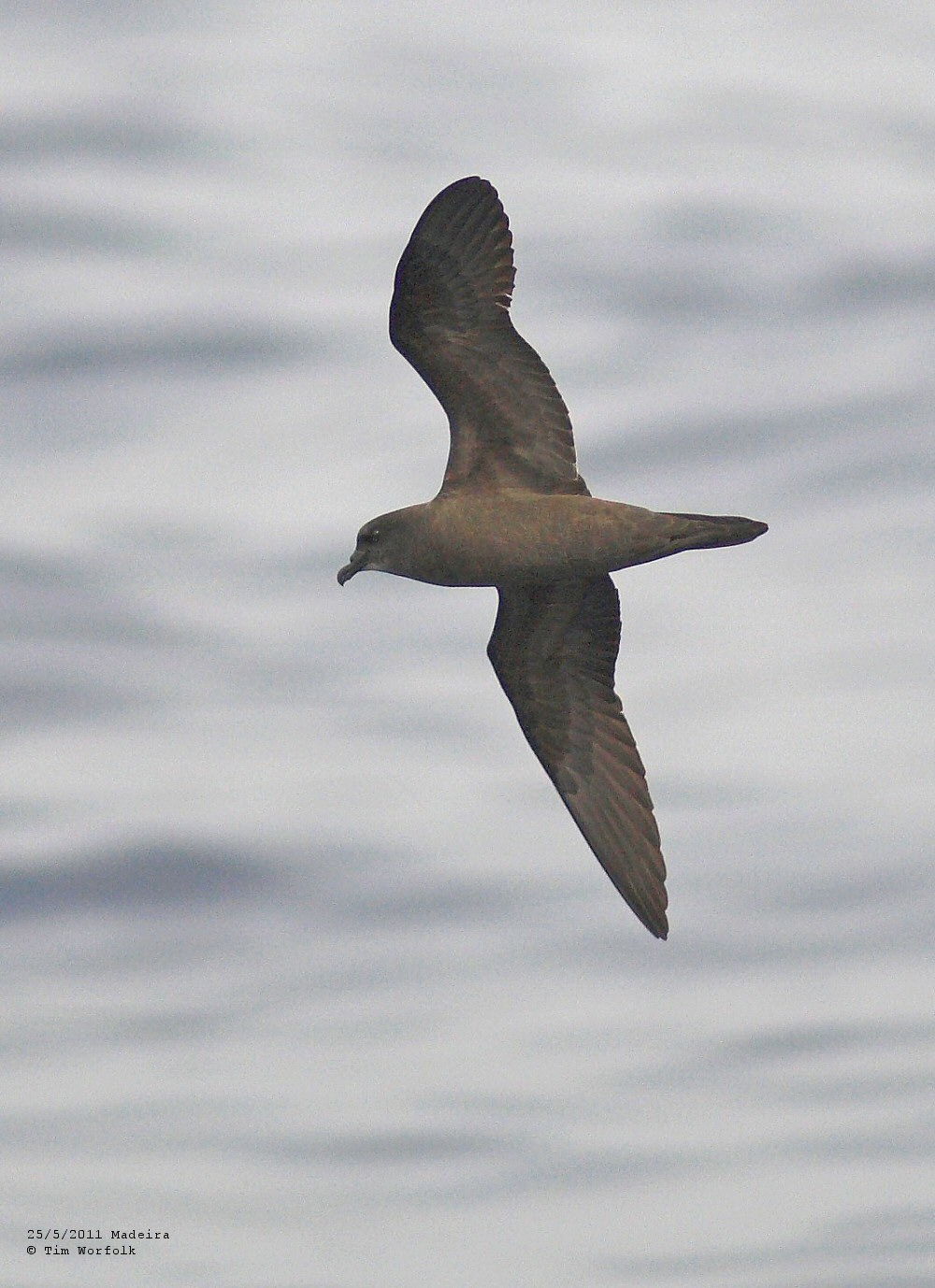 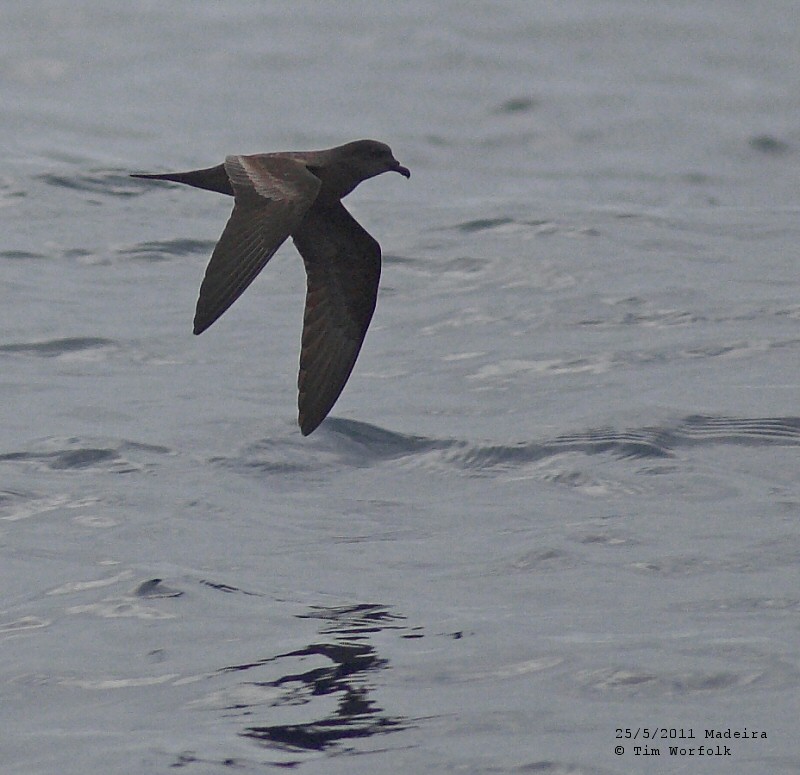 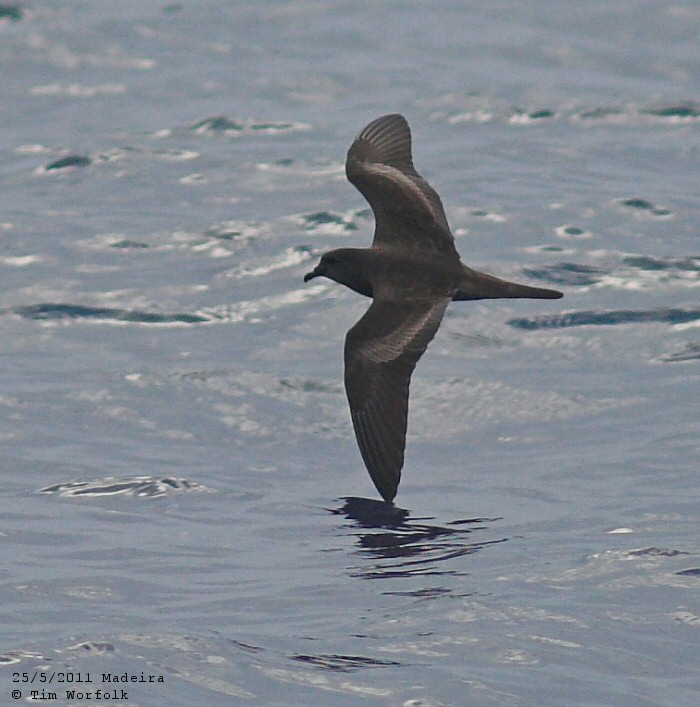 Tubenoses which breed in low to mid latitudes tend to be quite restricted in their breeding sites, Bulwer's isn't. Of the 'big five' Madeira tubenose specialities, two species, Zino's Petrel Pterodroma madeira and Desertas Petrel P.(feae) deserta, are extremely rare and breed only on one island each; while three, Bulwer's Petrel, White-faced Storm-petrel Pelagodroma marina and Madeiran (or Band-rumped) Storm-petrel Oceanodroma¹ castro, are both fairly numerous and are found in both the Atlantic and the Pacific.

Of course I know things are a little more complicated than that; Madeiran Storm-petrel in the strict sense only breeds in the Madeiran and Canarian archipelagos, the other taxa in the complex being variously regarded as subspecies or species.  White-faced Storm-petrel (with up to six subspecies) breeds on islands in the North and South Atlantic and also from southern Australia to the western Pacific.

Bulwer's Petrel is found breeding in tropical and sub-tropical zones across The World's oceans from the eastern Atlantic to the central and western Pacific and the western Indian Ocean (it may also breed in the South Atlantic on St. Helena). However, unlike the two Storm-petrels, there are no recognised subspecies. Bulwer's Petrels from Hawaii and the seas off Taiwan appear to be identical from those from Madeira and the Canaries - there appear to be no plumage or size differences that I can detect from specimens. Other than Jouanin's Petrel Bulweria fallax, which, when lumping was the fashion, was sometimes thought to be conspecific with Bulwer's (in fact it's much bigger and a different shape), I don't think Bulwer's has ever had any subspecies. The monotypic multi-ocean distribution of Bulwer's Petrel is, in fact, so unusual for a (sub)tropical tubenose that only Wedge-tailed Shearwater Puffinus² pacificus shows a similar pattern, although in this case it does not occur in the Atlantic.

I'm not aware of any research into the genetics of these populations though I suspect the results would be interesting.

Many thanks to Caterina Fagundes and Hugo Romano of Madeira Windbirds for some quite splendid boat trips, I can't recommend them too highly.

¹ It has been suggested that this species (species group) differs so much from 'typical' Oceanodroma that it may be better placed in it's own genus Thalobata.

² Like the other large shearwaters, probably better placed in a separate genus Ardenna.
Posted by Tim Worfolk at 09:28