Ageing Redpolls - or not

Just a few photos of some of the Redpolls (to be exact Lesser Redpolls Carduelis cabaret) that have been hanging around the riverside gardens in Topsham over the last week or two. First an adult male, told by the very pink breast. 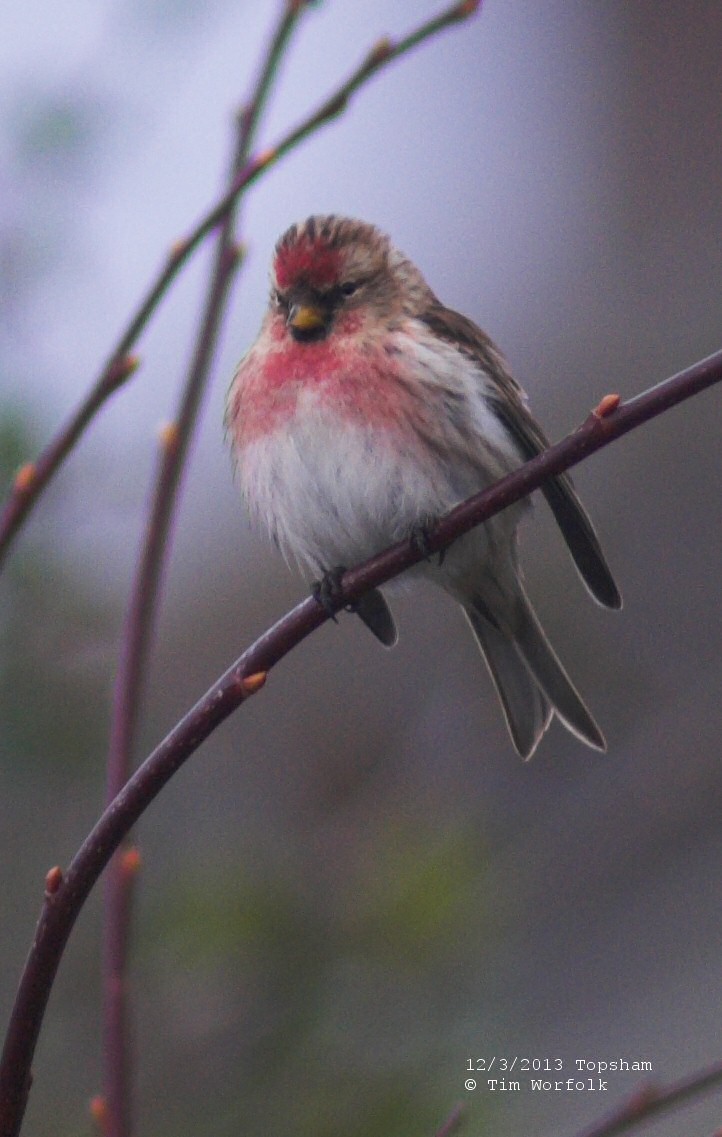 This next bird is clearly not an adult male, which is probably all that can be safely be said. It could be either an adult female or a second year bird. 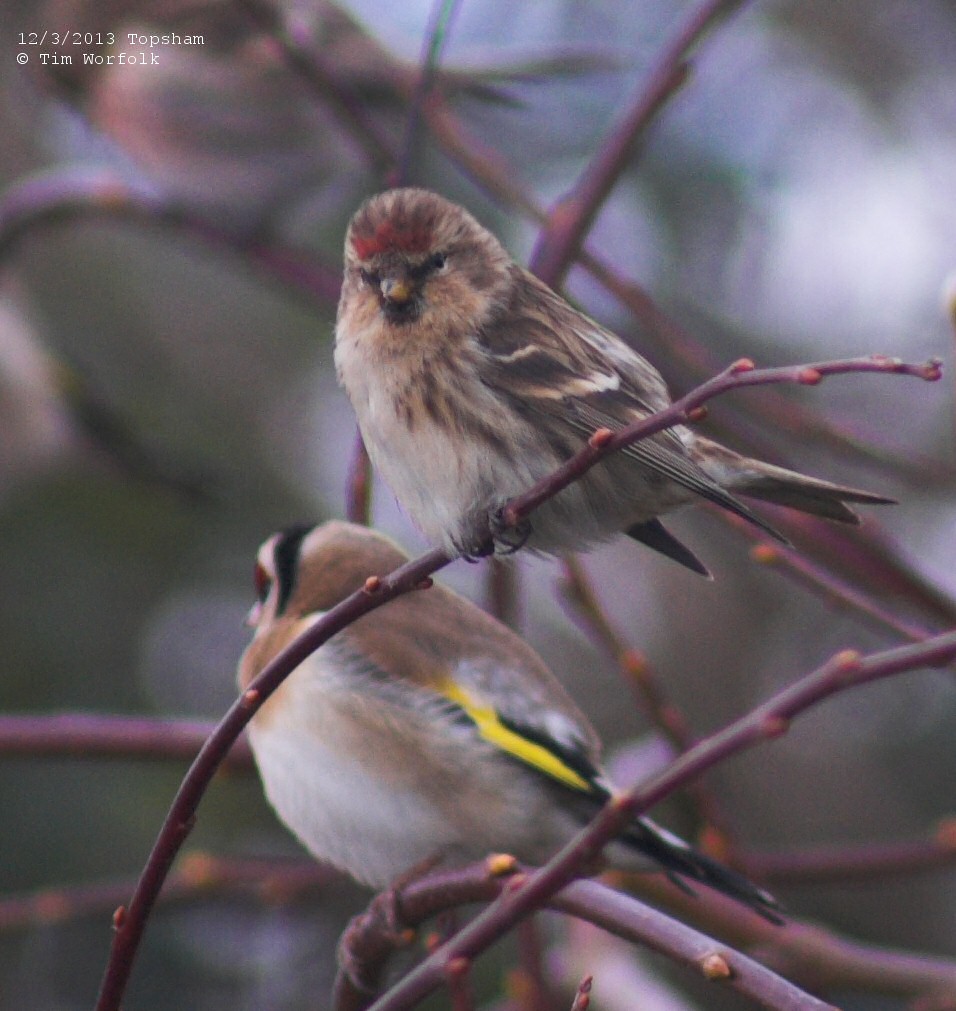 Finally, not a great photo but it does show something interesting. The front/upper bird is obviously an adult male - I think the same as in the first photo - and the other bird obviously isn't. But look at the difference in the tail shape. Those very pointed tail feathers very much suggest a second calendar year bird, i.e. it's been carrying those tail feathers (more pointed than an adult's to begin with) since fledging last Summer. The adult's tail feathers will be newer, as well as rounder tipped to begin with. The situation is complicated as adult Redpolls have more pointed tail feathers than is typical of other finches. Still, I think there's a good chance the second bird is a youngster. 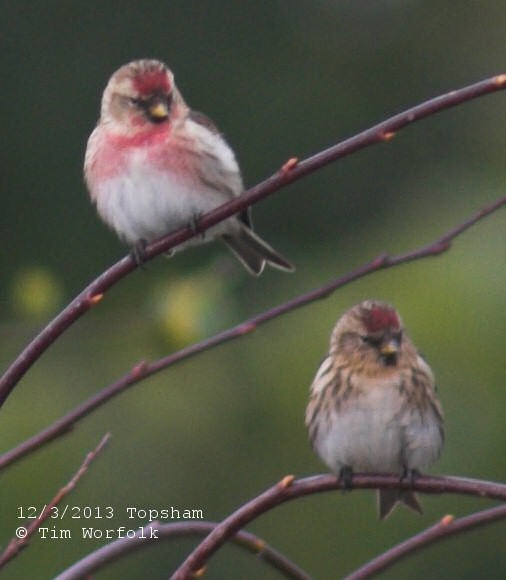 Email ThisBlogThis!Share to TwitterShare to FacebookShare to Pinterest
Labels: Redpoll