It didn't seem that cold when I left the house. When I reached the river I wished I'd brought gloves - well actually I was starting to wish I'd stayed at home. It was cold and it was dark. So if there was anything interesting I was just going to get more rubbish photos, if any. Photographing distant flying birds at ISO 800 with a 300mm lens plus converter is generally pointless, I usually get grainy pixellated blobs, in fact, pretty much what you see here. 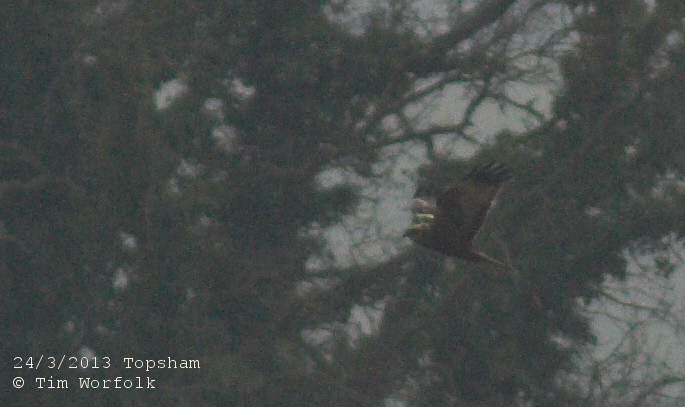 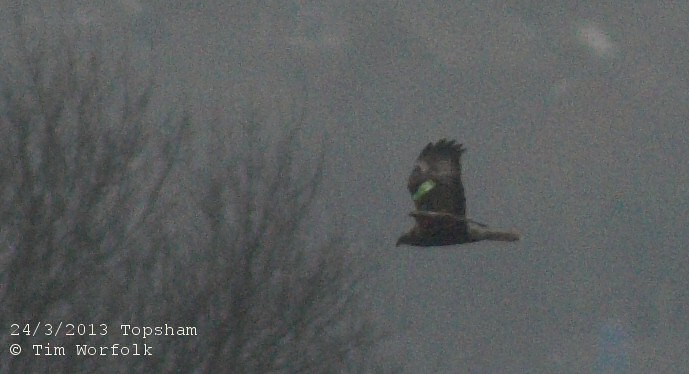 Another male Marsh Harrier and a different bird - unless he's picked up a wing tag in the last couple of weeks. It also looked to be another third calendar year bird judging by the dark tips to the flight feathers. A quick web search later and this appears to have been tagged as a nestling in Norfolk in 2011. There is a code on the tag but I can't read it from these photos

And, if only to underline the winter feel, there were Bramblings still in the riverside gardens and the usual Long-tailed Duck looking quite at home on the river. 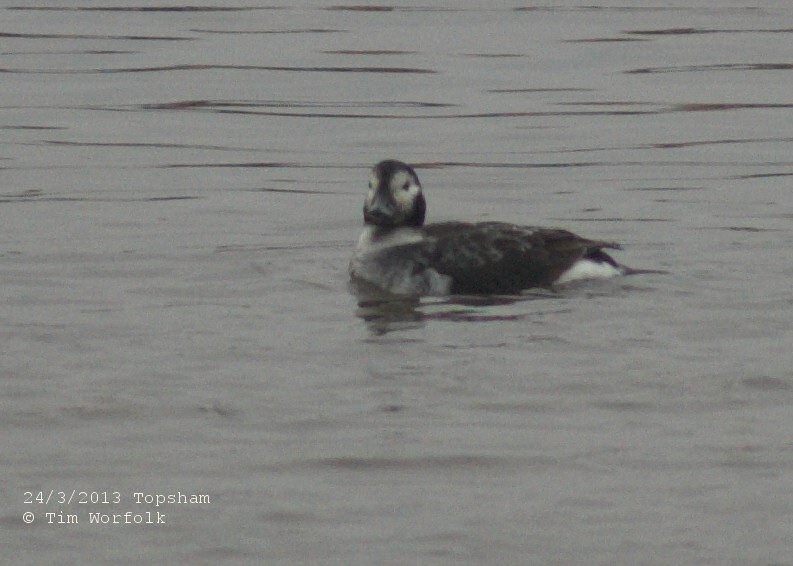 I think this time last year I was wondering if it was time for shorts and sandals...

I contacted Phil Littler of the North West Norfolk Ringing Group since the Marsh Harrier appeared to be one of his birds. After looking again at the photos we've concluded that the code is in fact AC. This bird was ringed and tagged as a pullus at Sculthorpe Moor, Norfolk on 10th June 2011; it was sexed as a male on leg measurements - looks like I aged it correctly. This was its first sighting since then, presumably it's been living somewhere a little warmer for the last year and a half and is now heading north for its first breeding season.
Posted by Tim Worfolk at 11:41