So That's Why It's Called Purple Sandpiper 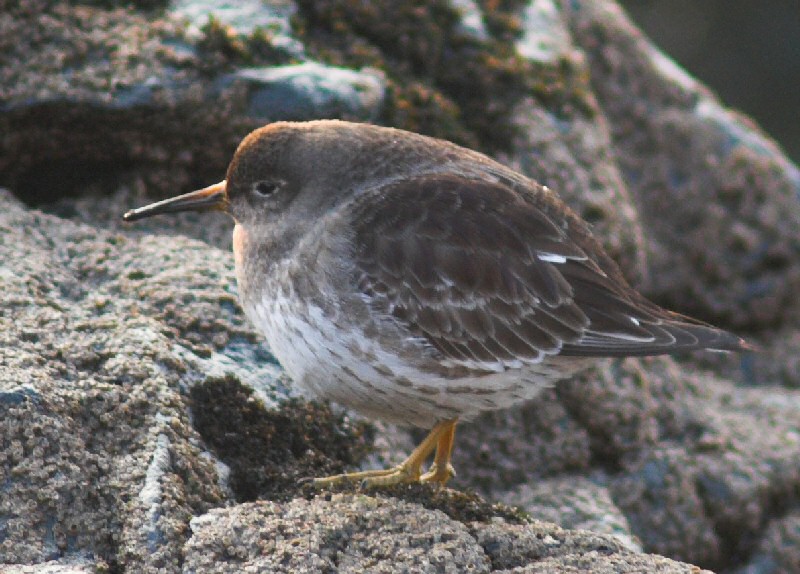 Purple Sandpipers have never looked particularly purple to me, mostly dark grey.  Then I was processing some shots from a few days ago and noticed a faint, but definite purple tint to the scapulars of this bird. It's not obvious and I certainly didn't notice it at the time but it's definitely there. It's another 'museum name', obvious when you've got the bird in the hand, less than helpful from any distance. Still, I can't help wondering why, given its habits, it didn't get called Rock Sandpiper - I know that name now goes with Calidris ptilocnemis but that species was described by Coues in 1873, surely by then C.maritima (described by Brünnich in 1764) should have taken the name?
Posted by Tim Worfolk at 06:17