Tephritids and the feasibility of identification from photos


I'm trying to catch up on work but still finding the time for a quick trip down the garden with my camera and tripod. Most of the insects visible and photographable right now are flies, one of the more colourful was this Tephritid. 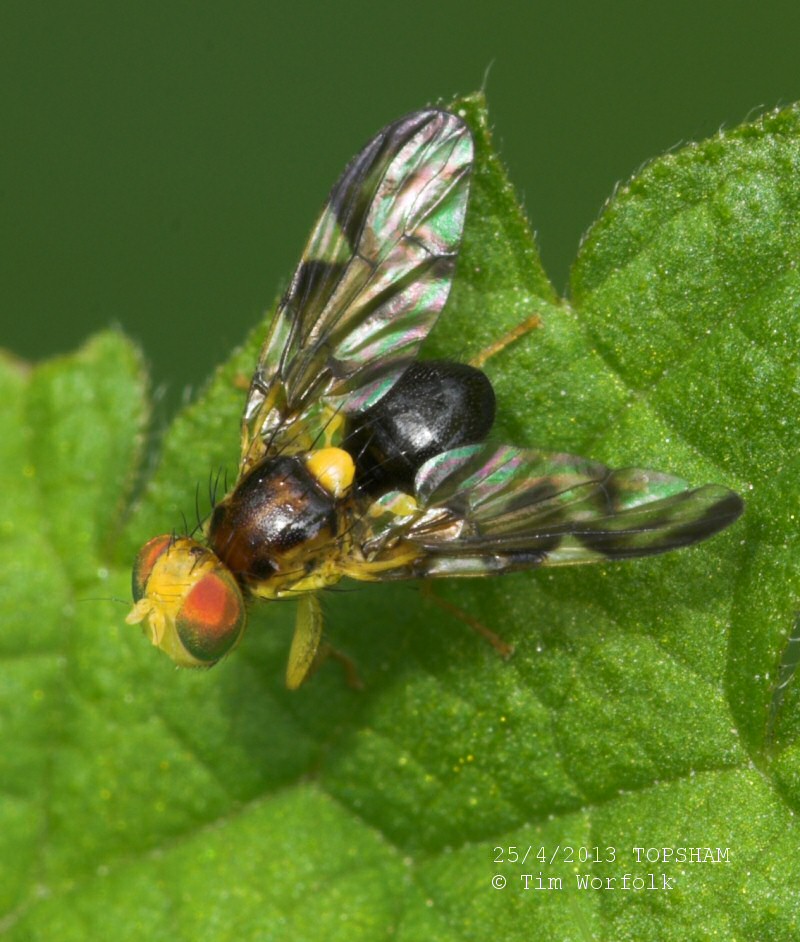 This is Euleia heraclei (Linnaeus), sometimes given the common name of Celery Fly (Colyer & Hammond 1968). The larvae also leaf mine many other umbellifers including Hogweed (Heracleum sphondylium) hence the specific part of its name. This male was parading about on a nettle leaf waving his wings to attract a female. Although I was fairly confident I knew it, I confirmed its identity using the key in White (1988). The wing pigmentation is a little faint on this one and I wonder if it's not long emerged. It's quite a variable species, some are reddish-brown, others are dark brown to black (White 1988, Colyer & Hammond 1968). According to White (1988) the first is the Spring generation, the latter black form is the second late Summer generation. This one has a dark brown thorax and a black abdomen. The next two were both taken in April a few years ago. 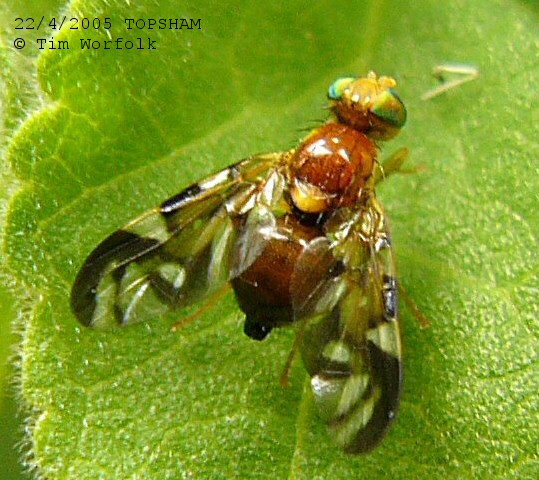 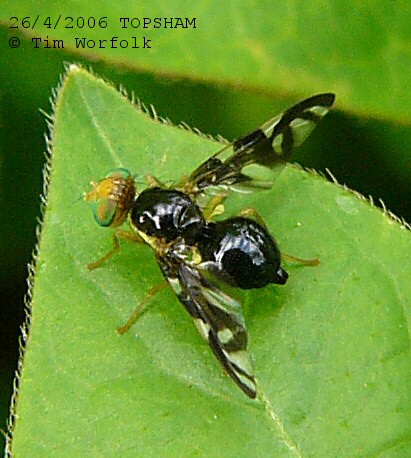 These two are both females (from the shape of the abdomen) but are definitely Euleia heraclei - the wing pattern is diagnostic. They are presumably all the same generation but they differ markedly in colour. From discussions over at Diptera.info I suspect that, of the two colour forms, the black is the 'normal' one, the reddish brown is a 'Summer' variant.

As an aside I wonder just how many of 76 British species can be identified from photos. Many have distinctive colours and wing markings - in fact they're probably no more difficult than most Hoverflies. Looking at White's Handbook (1988); 22 species and all British genera are identified using his first  'Simplified key'. From a brief look, none of the characters used in the key appear to be impossible to see on photos.

The remaining genera are keyed to species as follows:

*Cerajocera is now included as a subgenus in Terellia; the two difficult spp. ceratocera and plagiata can now be separated using the key in Korneyev (2003).

I realise the exact arrangement of genera and species has changed but the argument is still valid. Of the British total of 76 spp.it appears that 3 can only be separated by terminalia examination, 2 spp. can only be separated on the basis of size and relative length of oviscape (female egg-laying tube). Given that the egg-laying apparatus of Tephritids is often quite easy to see, it's possible that identification is quite feasible. The remaining 71 spp. are, in theory, identifiable based on wing pattern, pattern of thorax, and head and leg bristles. Bristles can be tricky to get right on such small flies but not impossible; the wings and thorax are relatively straightforward. I think I need to find more Tephritids.