I don't expect much in the way of gull interest in May, plenty of resident Herring Gulls, a few local-breeding Lesser and Greater Black-backed and small numbers of 1st summer Black-headed. Still, it can pay to look, and it helps to be forewarned. Local birder Nick Potter reported a possible Bonaparte's Gull from the Bowling Green hide on Thursday, it was in the back of my mind on Friday morning as I wandered up the path by the Exe at the Recreation Ground. Virtually all the Black-heads are now first summer birds with obviously juvenile type wings and patchy hoods, I picked out the one bird with a complete hood and started wondering. The hood appeared to be blackish, no hint of brown, the bill looked thin and dark, now I really got interested. It stood beside a Black-head but didn't appear to be particularly small - maybe it just picked out the smallest available so as not to stand out? Everything looked good but I really wanted to see the open wings, so I waited for it to fly. Then it went, I got a couple of shots and my camera froze - dead battery. Of course, by the time I'd changed it the bird was gone. It could have been worse, at least I got the shots that clinched it, showing the pale, black-tipped primaries on the underwing. Not sure if I can really call this a 'find' but it's a very good bird for my patch. 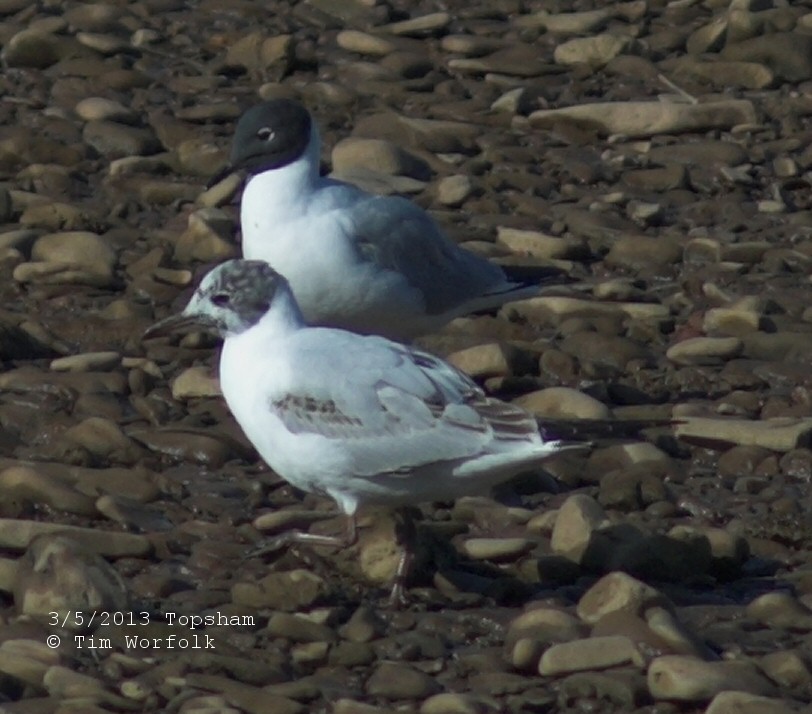 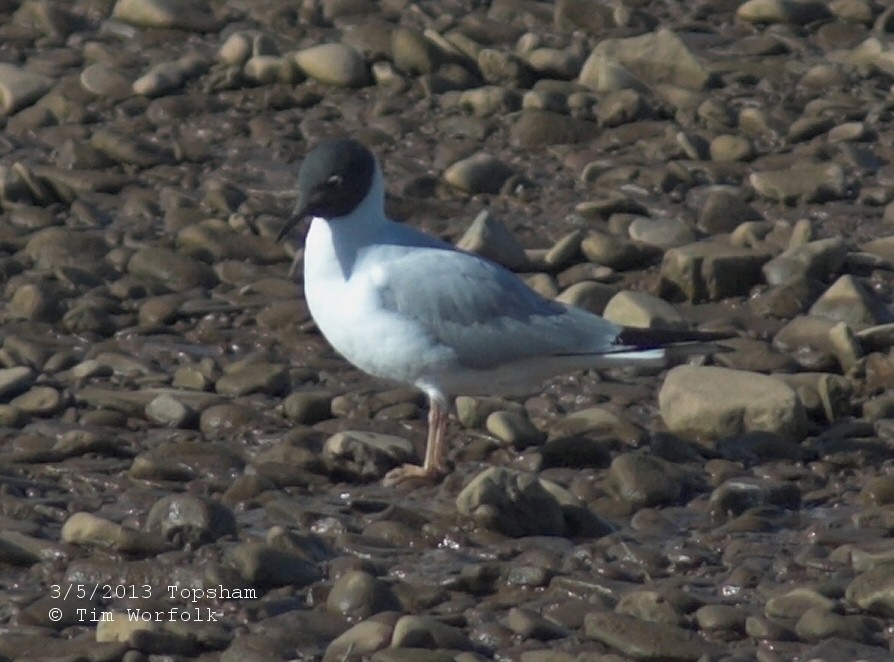 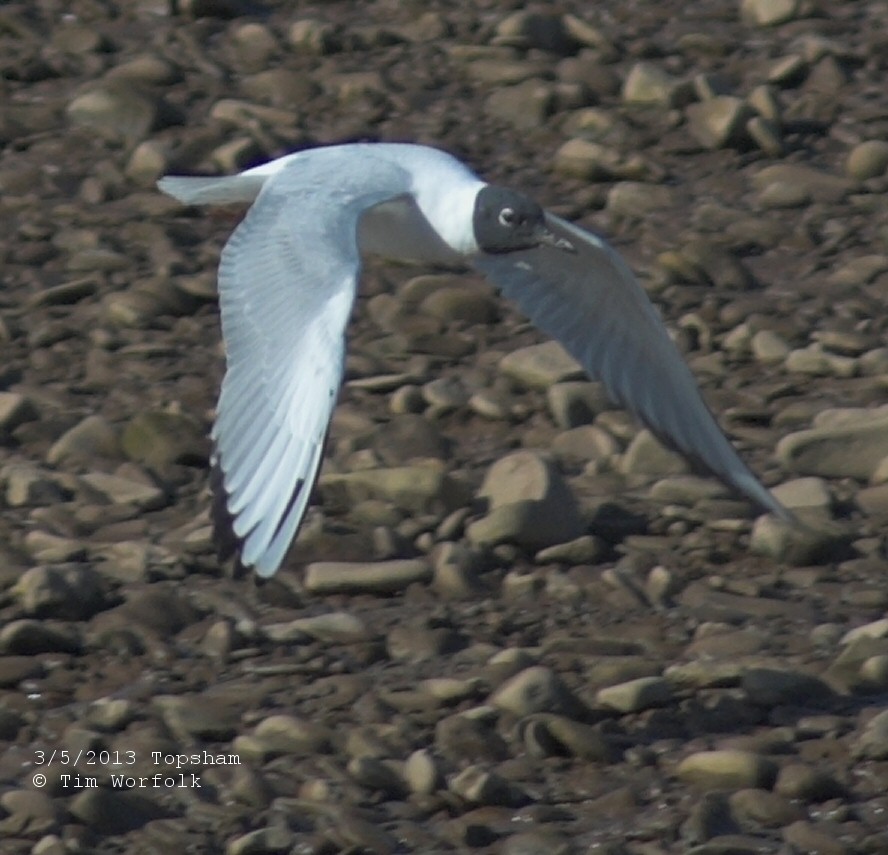 A winter plumaged Bonaparte's had been seen occasionally in the area from October (found by Stephen Edwards here) through to January (including nice photo by Chris Townend here). Is it the same bird? Obviously the May bird has a hood as would be expected but the wings hold the answer I believe. That blackish strip on P9 and the tiny dark spots on the outer primary coverts (and possibly the alula, it's hard to be sure) very nicely match Chris's November photo. I think it's almost certainly the same bird. Incidentally, according to Howell & Dunn (2007) and Malling Olsen & Larsson (2004) those characters also strongly suggest that this is a 2nd summer (or 3rd calendar year, or 2nd cycle - take your pick, it's all the same age).