Plenty of Chiffchaffs and some Gull Movement

Sometimes you've really got to feel sorry for birds. A few days ago there was a massive arrival of Chiffchaffs - OK, sounds good so far - signs of Spring and all that. I first noticed them in numbers Marazion in Cornwall on Monday afternoon, there were dozens of them feeding frantically along the water edge. I felt a bit guilty grumbling that the pasty shop had just sold out. Over the last few days I've seen them just about everywhere, in my garden, by the river even at the roadside when waiting at traffic lights (I was waiting, not the birds). And that's the problem, they should be finding territories, singing from the treetops and getting ready to breed, instead they're desperately searching for food on the ground. Apparently this has been the coldest March since 1962, bad for us but potentially catastrophic for insectivorous birds - there are hardly any insects on the wing yet. This morning I watched a Chiffchaff chase a bluebottle around the garden, I felt like cheering when it caught it.

Here's one from Marazion a few days ago, thinking about diving for tadpoles. 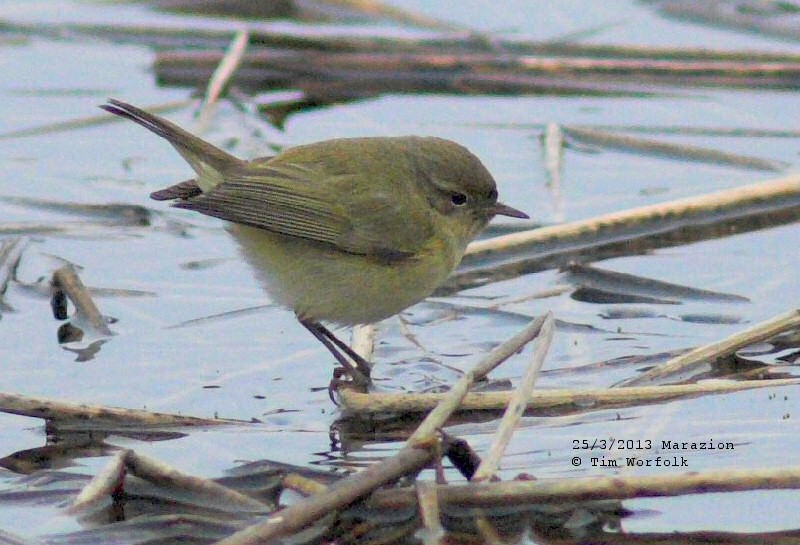 On a brighter note there are signs of gull movement (put like that it sounds like an unusual bowel complaint). The Common Gulls have mostly gone and I'm seeing a few intermedius type Lesser Black-backs each time I visit the river. I suppose you can never be sure that these are definitely Scandinavian birds, but they mostly look as dark as this bird, as dark as the two Greater Black-backs squabbling over a Cormorant's stolen lunch. 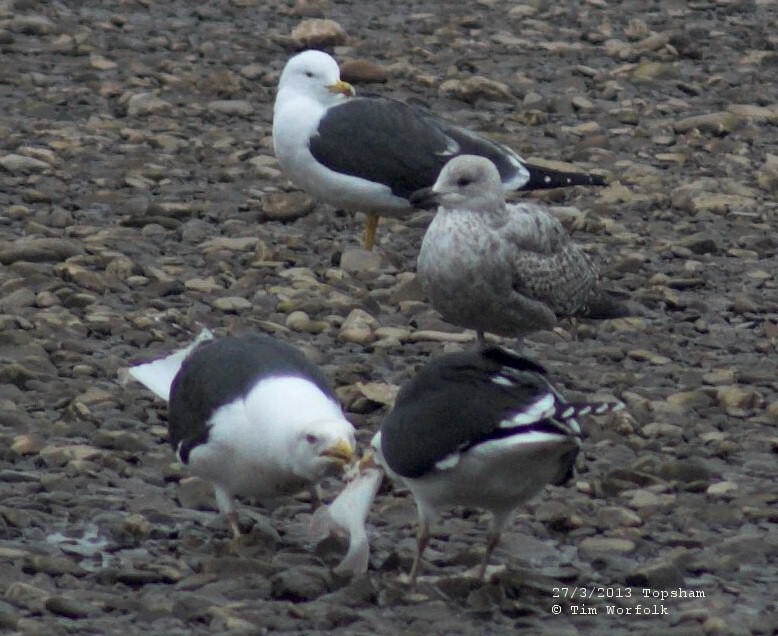