With just five days to go I've finished all my tetrads for the Devon Bird Atlas. It's been a lot of fun and I've seen parts of Devon I never knew existed. Mind you, I could do without the nonexistent footpaths, the over-friendly livestock and the blood-sucking flies. But it's been a great excuse to just go somewhere new and wander about - a hobby of mine, in fact. I've had to be fairly single-minded though, I'm too easily distracted by nice insects and I am supposed to be counting birds after all.

This morning, as a change from the usual lanes, fields and hedges, I found myself in a patch of woodland waiting by a gate while two tractors maneuvered past each other (and me), I noticed butterflies feeding on some sunlit brambles and decided I could spare a few minutes. Of course, I had my camera with me. 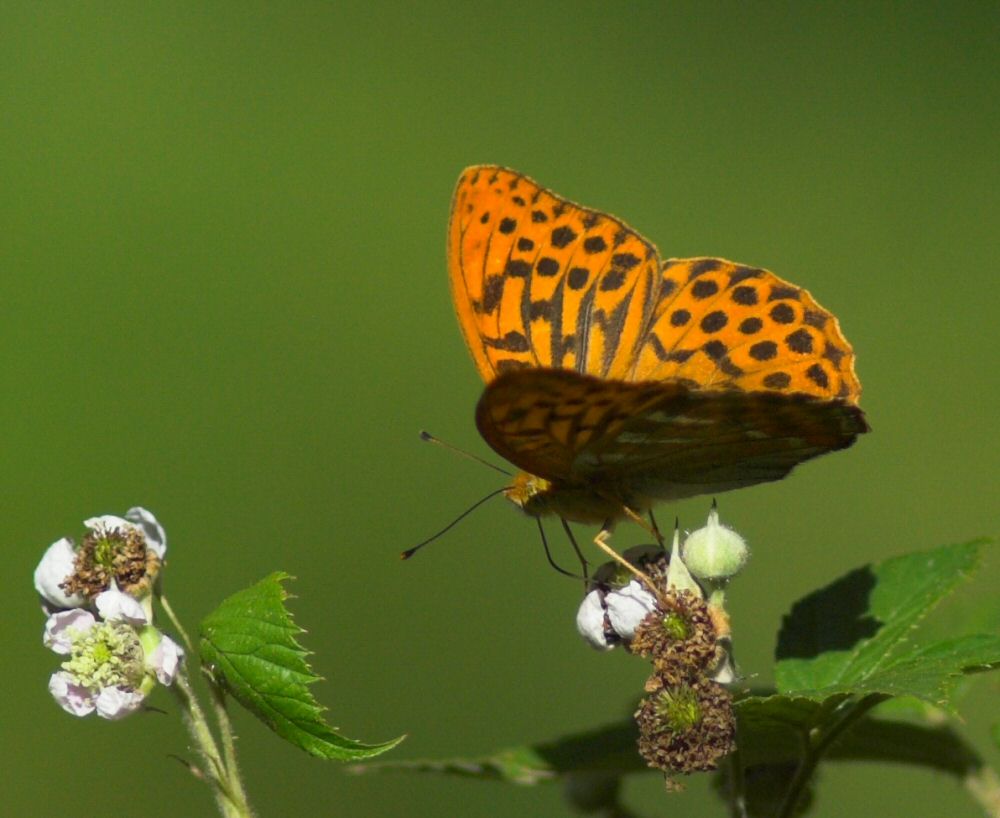 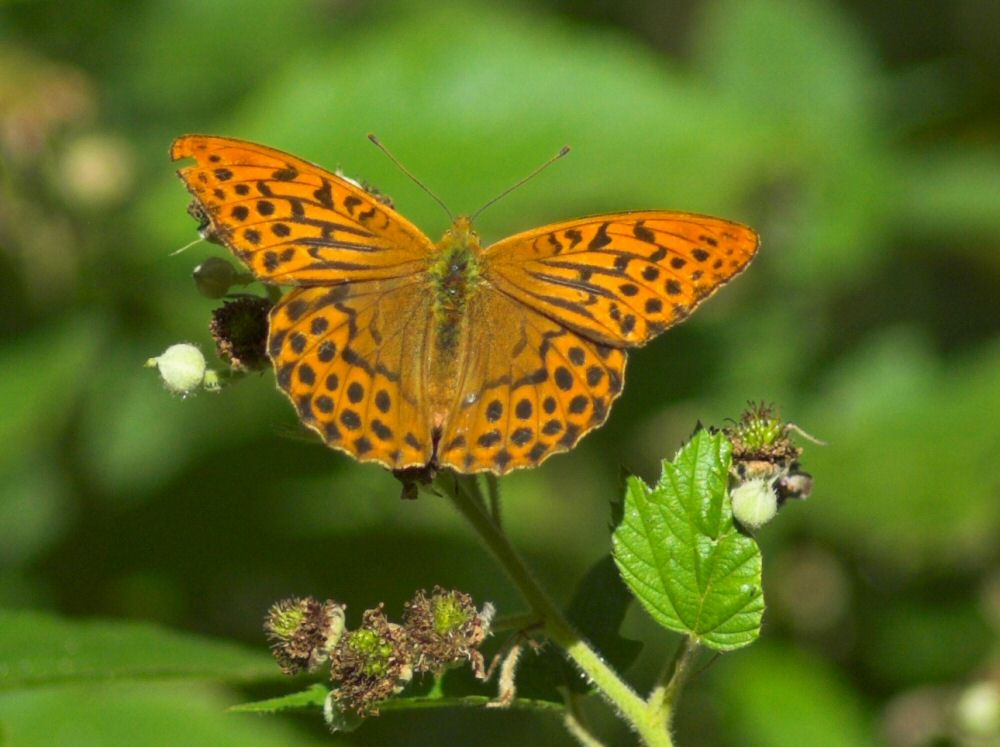 Two male Silver-washed Fritillaries, the second a little worn at the edges. There doesn't look to be much nectar left in those flowers but they chased off anything else that wanted a share, or maybe they were protecting their prime position in case a female came along. 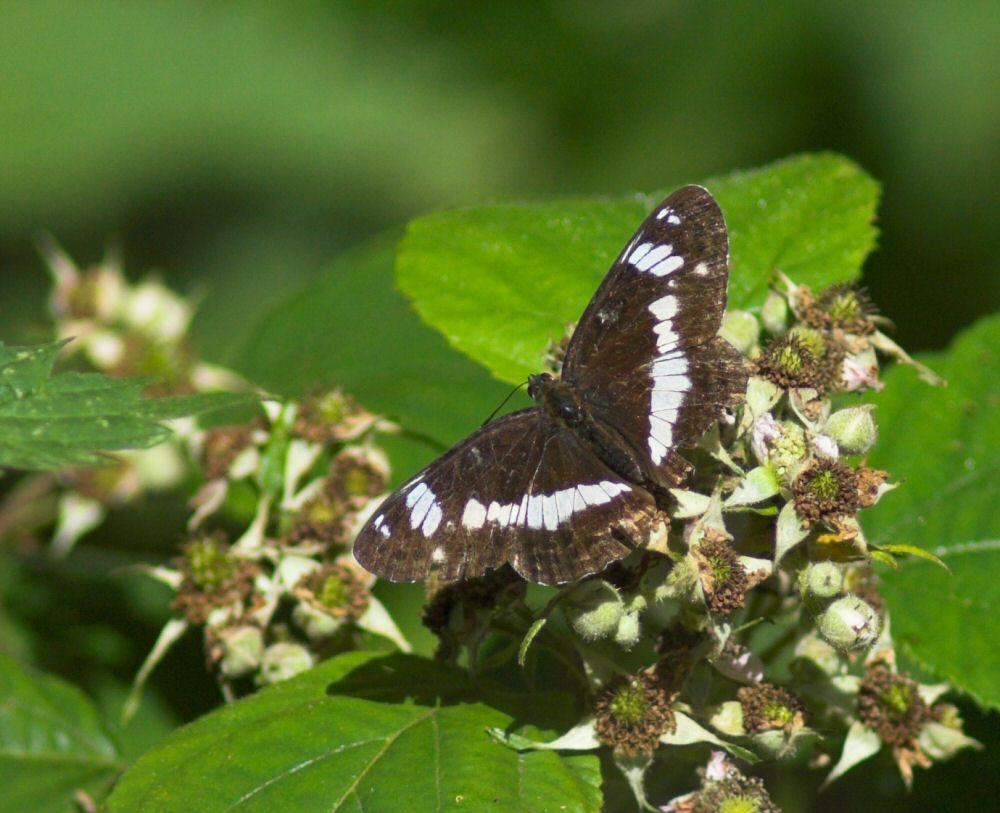 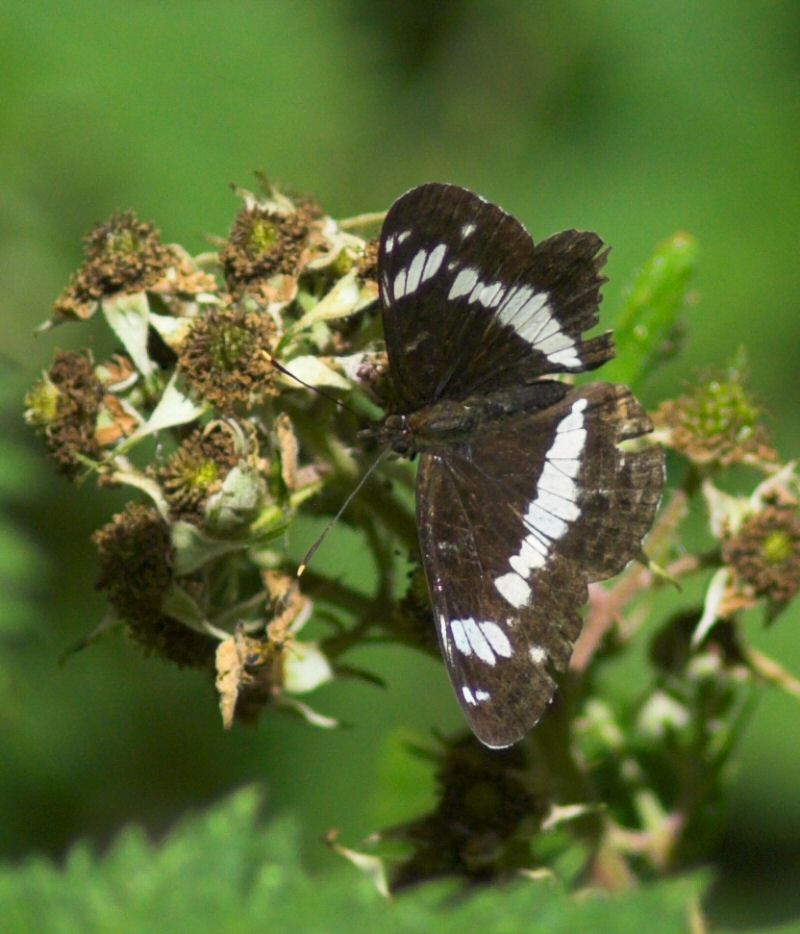 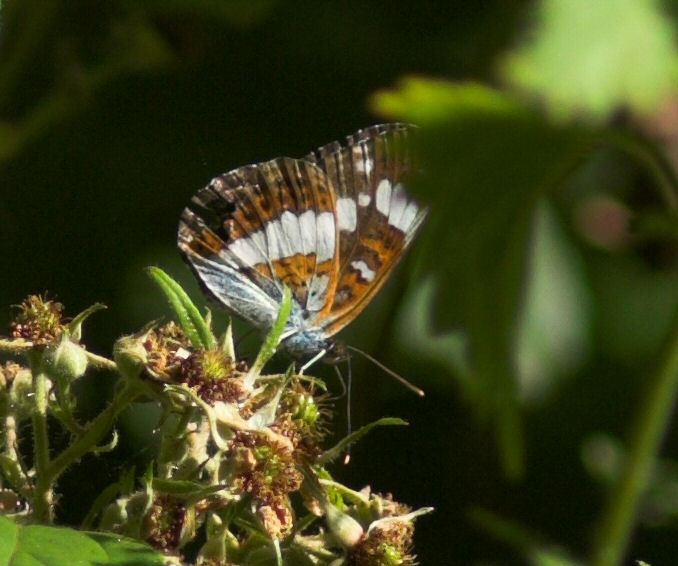 White Admirals are butterflies I don't see often enough, I've certainly never had much success photographing them. The last shot didn't quite work out but it's the only one I got of the underwings, possibly even smarter than the upper side.
Posted by Tim Worfolk at 04:44